Last week I described how many survivors of domestic violence and abuse get so caught up in beating themselves up that they can’t give themselves the care and compassion they need to heal.

In this post, I’ll explain how to take the first step towards fixing this problem, by building a compassionate image.

If you’ve been a violent relationship, you’ve been deprived of the things that we need the most from those we love, in order to feel psychologically sound and healthy.

Things like kindness, nurture, and a sense of physical and emotional safety.

This can make it hard to picture what a loving persona actually looks like.

We all know what words like kindness and love and compassion mean on an intellectual level – but when we’ve been hurt and betrayed, it’s hard to really feel them.

The purpose of the compassionate image exercise is to start to reconnect with these ideas on an emotional level by creating a fully-formed image of compassion. This gives us an internal reference point that we can keep coming back to.

As a starting point, your compassionate image needs to be built around four essential qualities: warmth, strength, wisdom and non-judgement. Beyond this, it is your own personal ideal and should reflect all the ways in which you want to be loved and cared for.

Find a quiet place where you can close your eyes and breathe deeply and focus without any distractions. Your mind might wander, and that’s ok – just try to guide it gently back to the image you’re creating. You want to feel as relaxed as possible, so don’t try to force anything!

Then, guide your image by asking yourself questions such as:

How would you want your ideal caring-compassionate image to look? Are they human, or is this represented by a particular animal? Or even something else entirely, like sunlight, or the sea? What colours do you associate with them? If they are human, are they male or female? Young or old? Would they look like you?

How would your ideal caring-compassionate image sound? What are their vocal qualities (if they have them)? How does this make you feel?

What other sensory qualities are attached to your ideal caring-compassionate image? Keep in mind the qualities of warmth, strength, wisdom and non-judgment here.

Try to keep in mind all the time that this image brings you complete compassion.

As you continue in your healing journey, this compassion image will be something you refer back to again and again. You can use it to remind yourself what warmth, strength and love truly look like for you – and can tap back into this ideal when you’re tempted to lash out at yourself and others, or when those around you treat you with less compassion than you need.

It gives you a benchmark for working out what kind of people you genuinely want to have in your life – and the kind of person that you want to be.

In my next post, I’ll explain how, armed with your compassionate image, you can start to use compassion to change the way your mind works, helping you to break out of self-destructive cycles and get on the right road to recovery.

Have you tried the compassionate image exercise? I’d love to hear about your experience – if you feel comfortable, please do let me know in the comments section below.

I work with a lot of people who have been in violent relationships. One thing I see time and again is that they continue to beat themselves over what has happened to them.

They have absolutely no compassion for themselves.

People on the outside struggle to understand. They wonder why a victim of violence would be so hard on themselves. To them, it makes no sense.

But it does make sense.

Domestic violence isn’t the same as being attacked by a stranger in the street. It’s a betrayal by someone you trusted and loved.

It’s bewildering and incredibly painful to be harmed by someone you love – and it’s natural to try and rationalise it in a way you can understand. There must have been a reason, you tell yourself. I must have done something wrong.

Plus, abusive partners are masters of mind games. They are great at making you feel like you’re going crazy, you’re being over-dramatic or it’s all in your head.

Walking away is the first step, but the confusion and creeping self-doubt remain. Thanks to a phenomenon called hindsight bias, they often get worse.

Hindsight bias (also known as the “knew it all along” effect, or creeping determinism) is an unhelpful habit that humans have of looking back over things that have happened and deciding that we should have seen it coming – even when there’s no reason to think we could.

So strong is the impulse that it can even distort our memories, making us falsely reconstruct the way that something happened to better fit with the outcome.

Hindsight bias is the reason we go over and over events in our minds, berating ourselves for not stepping in to prevent disaster.

You should have been stronger/smarter/better! We scream at ourselves. How could you let this happen?
Do these accusations help? Of course not.

Sometimes they exacerbate our pain to the point that we seek out new drama just to distract ourselves from the trauma and the guilt.

Instead, if you’re struggling with how to leave a violent relationship, to move on and to heal, you need to be gentle with yourself.

Paul Gilbert, developer of compassion-focused therapy (CFT), traces this need back to our earliest experiences as babies. Mammals use gentleness and care to soothe the negative emotions of their infants, calm their threat systems and help them feel safe and secure.

If this care is cut off, we lose the ability to tap into the response systems that handle our negative emotions and painful memories.

We struggle to regulate our emotions, become overwhelmed by self-criticism and shame, and read rejection and hostility into the behaviour of people around us.

Worse, when others do attempt to be caring, we panic. We no longer know how to respond.
This means that the impact of domestic violence goes far beyond the physical harm done to a person. Essentially, it short-circuits their emotional response systems.

Living with a violent partner cuts a person off from the care system that they need to feel secure and to process negative emotions. They may have forgotten how to seek the care they need. They may be distrustful or hostile to any gestures of care that they are offered.

To heal, they need to re-learn how to give and receive care, starting by treating themselves with the compassion they so desperately need.

In the coming weeks, I’ll explain in depth how to care for yourself when cruelty has made you forget how this works. I’ll show you how to model a compassionate image and to use compassion to change the way your mind works.

If you’re trying to rebuild your life after a violent relationship, you don’t have to beat yourself up over the way you feel. Your emotional coping mechanisms have taken a pummelling, but together, we’re going to work out how to heal.

Hang in there – and I’ll see you next week. 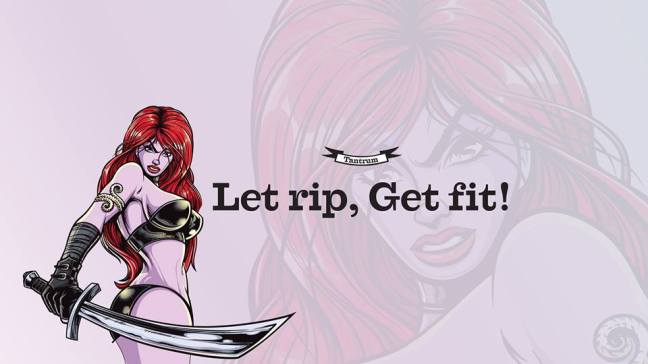 Bring your best BAD SELF and come and release all your pent-up frustration, anger, upsetness or just generally come and have a good laugh with others.

37 Degrees is at 2b More London Riverside, London, SE1 2AP. Go to London Bridge tube, walk to Hays Galleria then to HMS Belfast ship – there is a market and behind 3 colorful giraffes is the gym.

Coming to your from the founders of the critically acclaimed Tantrum Club, find out what people think about the all new anger management FITNESS program. For the first time ever you can completely LET RIP whilst getting FIT. Not only will you release all negative emotions like anger, frustration, anxiety and sadness whilst getting an INSANE workout – you will re-balance and recenter yourself at the end of the class. Tantrum is based on months and months of research into which movements release which emotions culminating in a never-seen before series of choreography and dance moves.

Any serious scientist will be familiar with the assertion that stress causes immune-compromise. A recent study by researchers at Harvard School of Public Health has finally put this long-held knowledge into perspective, deciphering that those who bottle up their feelings have a cardiovascular disease risk of 140 per cent and a risk of cancer of 170 per cent when compared to individuals who share how they feel. Overall, the risk of premature death for those who keep their negative feelings to themselves is around 135 per cent that of individuals unafraid to speak their minds. When framed in this way, the dangers of suppressing emotions are hard to ignore, but how exactly does bottling up your emotions lead to real and tangible damage to the body? The article below will explore the molecular and physiological mechanisms behind this startling array of statistics, and provide some helpful tips to managing your rage, and keeping your body healthy!

Although the concrete mechanism linking bottled-up emotions and premature death has yet to be established, several sound scientific principles may be applied in order to elucidate some facts about the forces at work. Firstly, it is conceivable that those who feel that they must hide their emotions from others are more susceptible to seeking comfort in substance abuse such as alcohol addiction, cigarette smoking, or the use of other harmful drugs in order to relieve their stress. The use of these substances has several obvious and detrimental effects to health and so needs no explanation here. The second suspected mechanism is slightly less direct in nature.

When the body is coping with a stress response, such as un-vented anger or pent-up rage, a hormone known as Cortisol is released. Cortisol is a hormone of critical importance to humans, but it also has some unwanted effects in individuals experiencing high levels of stress. Cortisol is a steroid hormone, specifically a glucocorticoid, meaning that it is capable of suppressing the immune system’s response to damage or invading pathogens. This unfortunate effect means that individuals who have a higher than normal stress level, and thus a raised Cortisol level, will have under-effective immune systems, not only opening the floodgates to any nasty bugs that may wish to make your body their home, but also preventing a complete response from being carried out towards invaders from within – cancer cells. Every day, the immune system destroys a cell that would otherwise have become cancerous, so it’s easy to see how quickly things can go wrong when this response is working below optimum levels.All is not lost, though. Studies have shown that releasing anger actually increases blood flow to those parts of the brain responsible for pleasure and reward, thus making taking out your frustration a ‘feel good’ experience. However, there are those of us for whom releasing anger at every turn can very quickly end both friendships and careers.

Perhaps a change in outlook is the answer? Conditioning your brain to be more optimistic about everyday situations and into overlooking the minor foibles of others can quite literally be a lifesaver. The statistics speak for themselves, and lend credence to the thought that optimistic people really do live longer than their pessimistic, stressed out counterparts.

Speaking of which, we are about to launch www.tantrumworld.com – a whole new approach to releasing your anger whilst becoming healthier. So, why not try to LET RIP whilst GETTING FIT? 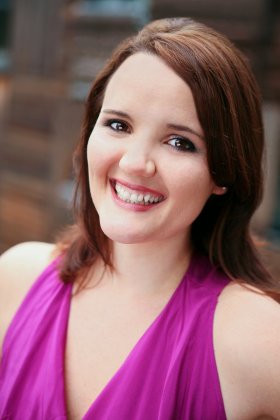